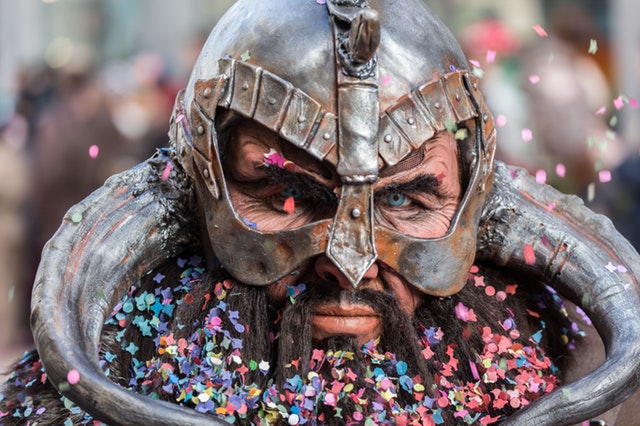 How Sweden helped build the internet

The Local discovers the untold history of how a little known Swedish Viking laid the foundations for the modern internet.
It isn’t every day you get the chance to sit down with one of the world’s leading authorities on the internet. But that’s exactly what Mattias Fridström is.

After all, you don’t get to be ‘Chief Evangelist’ for a world-leading Swedish telecom firm if you don’t know a thing or two about the internet.

“My job is to just get out there and tell the world what’s going on at Telia Carrier. It’s my mission to spread the word about what we do, what we can do, and how we do it.”

Don't be surprised if you've never heard of Telia Carrier. You don't usually encounter the brand when you're walking down the street, browsing the aisles at a shop, or scrolling through your Facebook feed.

But the fact is, if you're online, you depend on this little-known Swedish company to make your life happen.

Because Telia Carrier -- a modern descendant of Televerket, Sweden's 150-plus-year-old telecom monopoly -- operates a huge chunk of the internet's backbone; the nerve centre through which data and information critical to countless daily functions flow.

The journey from state-owned telegraph service to critical connector of the 21st-century global communications web was a long and complicated one, stemming from a mix of innovation, good timing, and a commitment to connectivity.

“I think Swedish mentality has always been ‘There’s too few of us to live off our own country’s resources’, so from the start people knew if they wanted to make it big they would have to make it outside of Sweden,” explains Mattias.

“Our market is too small to be big! So connectivity has always been very important. If you want to create a successful international business, you have to have great connectivity.”

Fittingly, there is a Viking twist to how this Swedish company came to be a dominant player in global connectivity.

Having invested heavily in connecting Sweden and Scandinavia, Telia Carrier continued with the international expansion of what came to be dubbed “The Viking Network”: a wholly-owned fiber optic network that boasted end-to-end connectivity from California to Russia by 2001.

And it was the building of the Viking Network -- a bold and risky bet that many questioned at the time -- which evolved into what is now Telia Carrier’s big internet backbone. From humble Swedish origins, Telia Carrier went on to become the internet.

Or rather, it’s part of a handful of networks (known as Tier 1 networks) that are at the top of the internet “food chain”. These behemoths – which include names like Level(3), Cogent, NTT, and GTT– serve the largest portion of traffic to customers around the world.

And it’s in the interest of those “content people”, like YouTube and Spotify, to set up shop close to a Tier 1 network. That’s because a direct connection to the internet’s backbone, as opposed to traffic “hopping” from one network to another, provides end users with the fastest and most reliable connection.

Any company that needs to store its data in purpose-built data centers should also consider its proximity to a Tier 1 network. It’s one of the reasons companies such as Amazon Web Services (AWS), Facebook and BMW have chosen to set up data centers in Sweden.

“We make sure wherever companies are building data centers, we’re there to serve them with connectivity. The data centers require a lot of green energy so they need a cold climate, and ideally somewhere where there are no natural disasters,” Mattias explains.

“The Nordics are ideal for this, and that’s where we come in. We make sure the data centers are connected to our network and thereby connect their services in the data centers to the end users who could be based in Europe or the US.”

Connectivity is key to Mattias, and it’s clear why – when he explains the role – he believes it plays in innovation.

“When people start to innovate things and then are able to share their ideas quickly with loads of people or share big files very fast, that’s when connectivity breeds innovation. When you’re super well-connected to the world you can share and receive a lot of ideas, and then it’s easier to innovate. So connectivity is crucial, the days when you sat alone thinking of ideas that took years to develop are long gone.”

That’s why Mattias speculates as to why there have been so many unicorns (a startup company valued at over $1 billion) to come out of Sweden.

“As Telia and Sweden as a country were very early in building fibre cables, this meant there was a great deal of connectivity at a very early stage. So I think it’s part of the reason we have such a fantastic community, especially in Stockholm where a lot of startups have been extremely successful. I think the number of unicorns in this area is incredible, and part of that is because of the great connectivity.”

Mattias also credits the success of Swedish unicorns like Skype, Spotify, and Klarna to entrepreneurial Swedes recognising the importance of connectivity. And these days more and more companies are almost entirely reliant on a reliable internet connection.

“There are companies that only exist on the internet,” says Mattias. “These companies can’t even operate if there’s a problem on the network and the internet is down. Good connectivity is critical, even life-critical in some cases.”

Indeed, the connectivity that makes so much of modern life possible comes with different risks.

“The whole internet is made up of these networks, and malware can easily spread. Companies could easily go bankrupt after just a few days, so it’s important the internet is always up and running,” he explains.

“This is a risk for the entire internet at any given time. And of course, it's a risk we have to consider and we work actively to limit that risk."

Another important factor is the actual physical protection required to maintain the internet.

“I think people really take the network for granted. They don’t understand how difficult it is, how many cables there are and how many things can happen to them. There are people working 24 hours a day to make sure the cables are maintained. And you also have quite a lot of animals that would happily chew through a cable!”

But what type of animal could possibly chew through thick fibre optic cables?

“There is actually a site on the web that lists squirrels as the biggest threat to the internet. They bite right through the cables. Sooner or later cables come up to ground level and go into a building, and if you're not careful enough these small animals come in and chew off anything they can.”