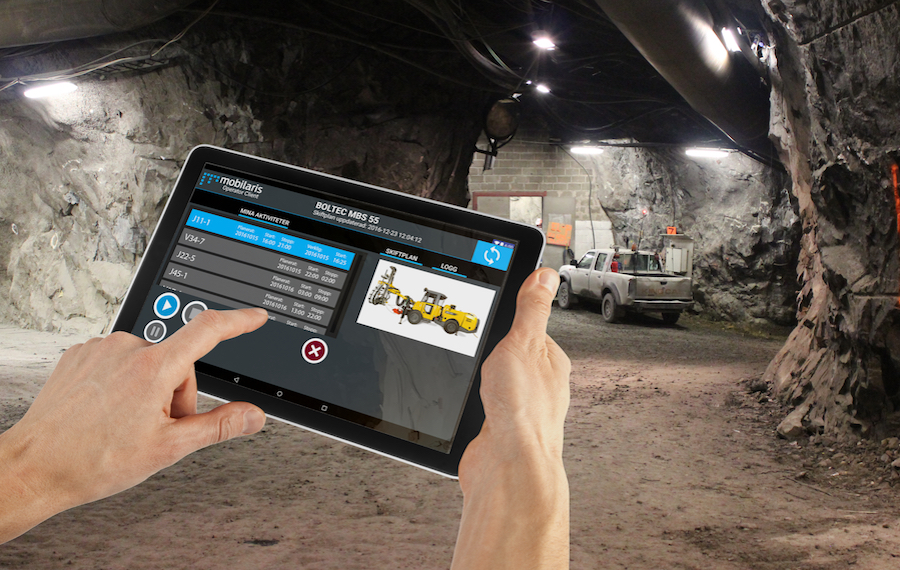 Hundreds of meters below the lush forests of rural Sweden, one of the world’s most ancient mines has been transformed into one of the most modern. Sensors linked to robotic equipment in Boliden’s Garpenberg zinc mine – which has been in operation since the 13th century – feed data to operators above ground as screens blink and flash in a nearby control room.

Boliden is at the forefront of a global transformation in which mining companies are exploiting huge amounts of data being crunched by computers to dramatically boost productivity and cut costs.

The advances at Garpenberg, however, have only scratched the surface in exploiting the new technology. Fully automated mines are on the horizon.

“We have a way to go. There’s a big possibility of working 24 hours a day with more automation,” said Jenny Gotthardsson, general manager at Garpenberg.

To the north of Garpenberg, at other Boliden mines, Volvo is breaking new ground by testing self-driving trucks underground along with Ericsson which has installed cutting edge 5G mobile technology in a pilot.

Mining is one of the last sectors to use a surge in computer processing power, cloud data storage and complex algorithms to make sense of huge amounts of scattered information – routine in today’s retail and manufacturing businesses.

The change could benefit the industry and its stakeholders by up to $373 billion by 2025, according to consultancy McKinsey.

“That value is basically by improving the current processes with the current generation of equipment,” said McKinsey partner Richard Sellschop.

The estimate includes higher output and lower costs to boost profits of mining companies, but also the knock-on impact for mining equipment makers, countries who collect tax from miners and consumers who will benefit from lower raw material costs.

But it also points to seismic change for mining jobs that could spark conflict in developing countries if low-skilled miners are no longer needed in automated operations.

Some workers will retrain for high-tech jobs but full automation will mean fewer jobs overall. There may be opposition from trade unions in places such as South Africa.

“Everywhere where mechanization has been implemented, even in Australia, it has led to massive retrenchments. We know what’s coming,” said Livhuwani Mammburu, spokesman for the National Union of Mineworkers.

“Companies must start training workers in preparation for mechanization and other technologies.”