The natural pearl of the north offers outdoor life and a creative forest industry.

Älvdalen is a large municipality with an average of just one resident per square kilometer. Its climate is multifaceted with mountains in the north, and forests, rivers, brooks and lakes throughout the municipality. Its rich nature has made the municipality popular among everyone who is passionate about the outdoors, cross-country skiing, downhill skiing, hiking in the mountains, hunting and fishing.

The forest plays a key role.

A lot is going on in Älvdalen right now. An exciting new project with a large gathering of businesses in the municipality’s northern regions will develop that part of the municipality. In 2016, visionary work to attract more residents to the municipality was also initiated.

Älvdalen is a municipality with a rich business community and many noteworthy companies. Among them the innovative tool company Pressmaster, the insulation company Icell and the Nordic region’s largest online ski store.

Älvdalen is an area of fantastic nature and many beautiful surroundings. Älvdalen and its surroundings are home to picturesque locations, such as Grövelsjön, Fulufjället national park and Njupeskär, which is Sweden’s highest waterfall at all of 93 meters. The natural pearl Älvdalen attracts outdoor people year-round, and it’s increasingly popular to spend the summer in the mountains, largely due to the rich offering of activities.

An important player in Älvdalen’s tourism industry is Idre Fjäll, a year-round facility with ski slopes, snowmobile tours, Fjätervålen with a strong sustainability enrichment, and Idre Himmelfjäll, mountain hiking and much more. Grövelsjön, Sweden’s southernmost alpine setting, is home to many of the hotels, including the four-star Storsätra Fjällhotell and Grövelsjöns Fjällstation.

Älvdalen’s nature is also a popular destination for cyclists. There are plenty of bike paths and businesses that rent equipment and offer guides through the magnificent natural surroundings.

Apart from the wonderful nature, there are a lot more that attract visitors to Älvdalen, and among those are music and motor festivals, the Idre Yran and Särna Festival Week.

Idre Sami Village was formed in 1983 after a reconstruction of an older Sami village in Idre and is Sweden’s southernmost reindeer herding area. Today, the village has around 36 members, including 13 reindeer owners. Idre Sami Village’s historical roots are deeply anchored in Dalarna and go back to people who first settled in the area. There is no doubt that reindeer herding is one of the oldest industries in the area. 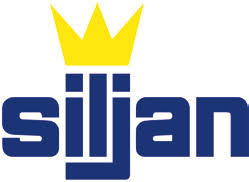